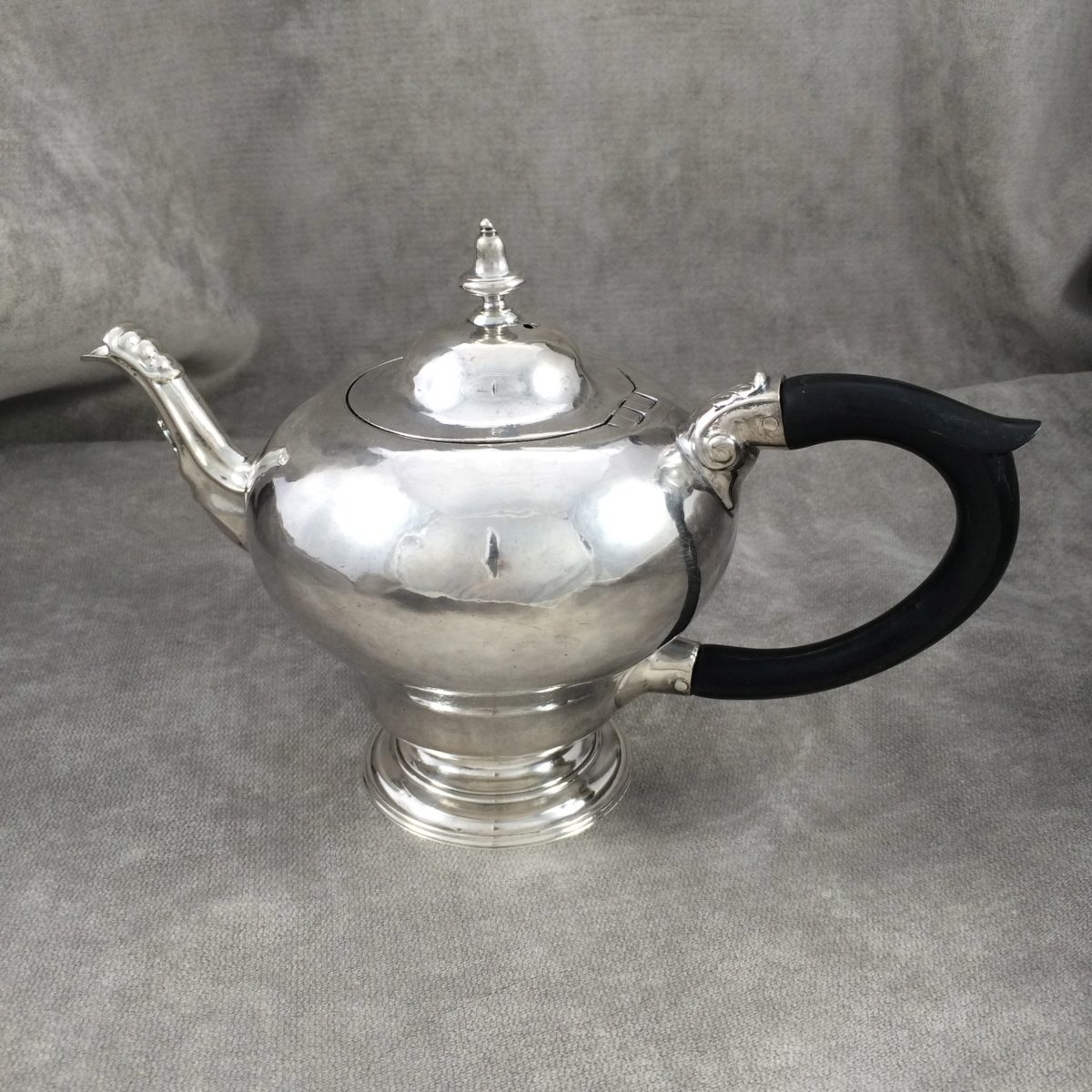 Antique collecting has become an increasingly popular hobby over the last several decades. Early American silver, in particular, has seen a rise in popularity at auctions. Items such as teapots, cutlery, and sauce boats, for example are highly sought after. Here at Lamb Silver, you can find several silver collectibles from the Colonial era. In… Read more 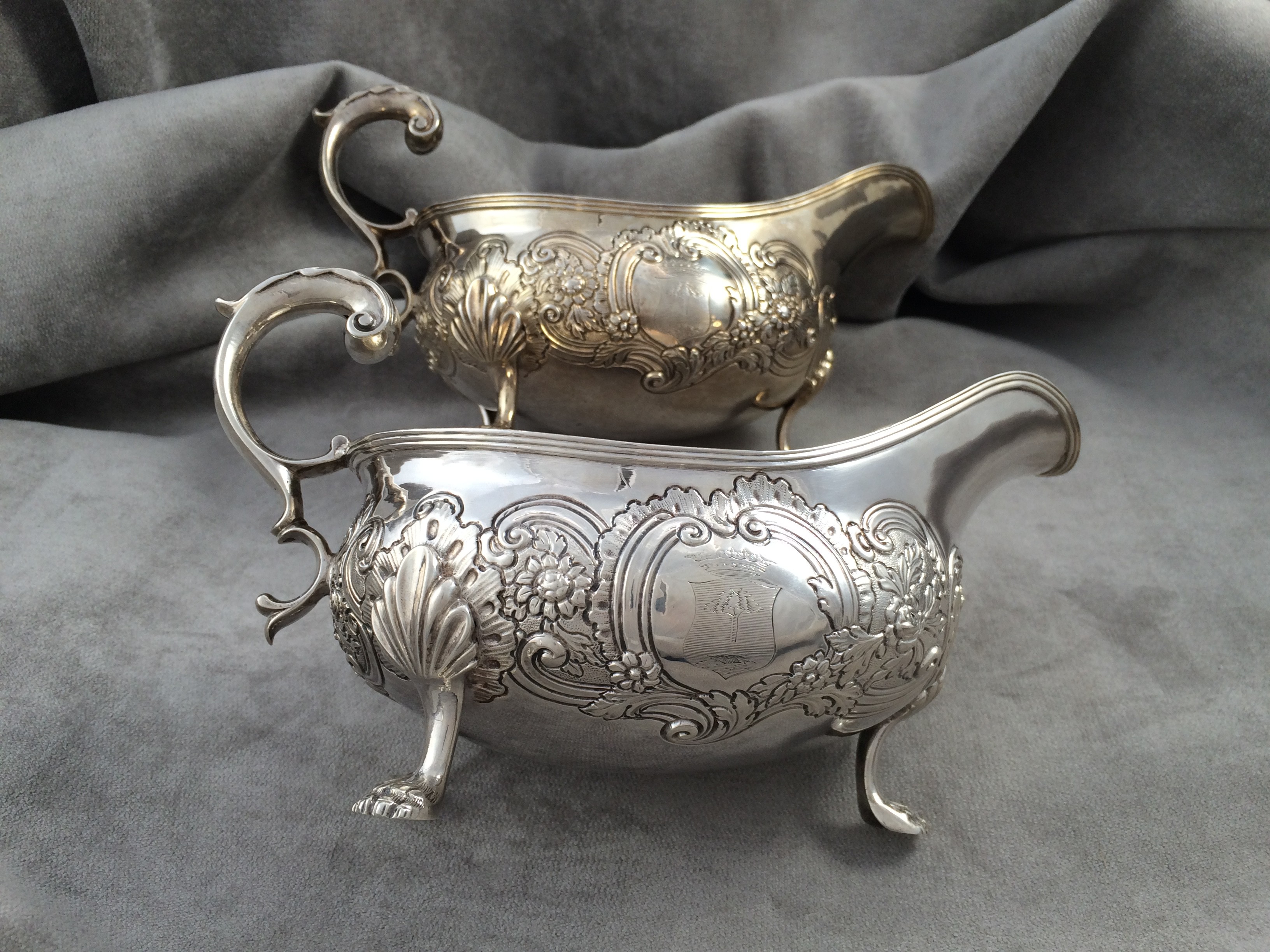 The first silver sauceboat was created as a complimentary piece to dinner service presentation in the early 1700s. A sauceboat or gravy boat is an extended pitcher (similar to that of a boat) used to serve gravy. Some antique silver sauceboat designs included a pouring lip at each end, while others included a handle and… Read more

Silver antiques from 18th-century Boston are some of the most sought after items in the silver collecting world. With big names such as Paul Revere, Boston silver carries rich history and craftsmanship. The classic appeal and beauty of silver collectibles never goes out of style. Our fine antique silver from Boston is sure to enrich… Read more

Today, American silver items from the Colonial era are a highly sought after commodity. Not only do they hold value in the weight of the silver, but they also represent a piece of our American history. Consequently, there is likely to be an enormous amount of American silver items still being owed by private estates.… Read more 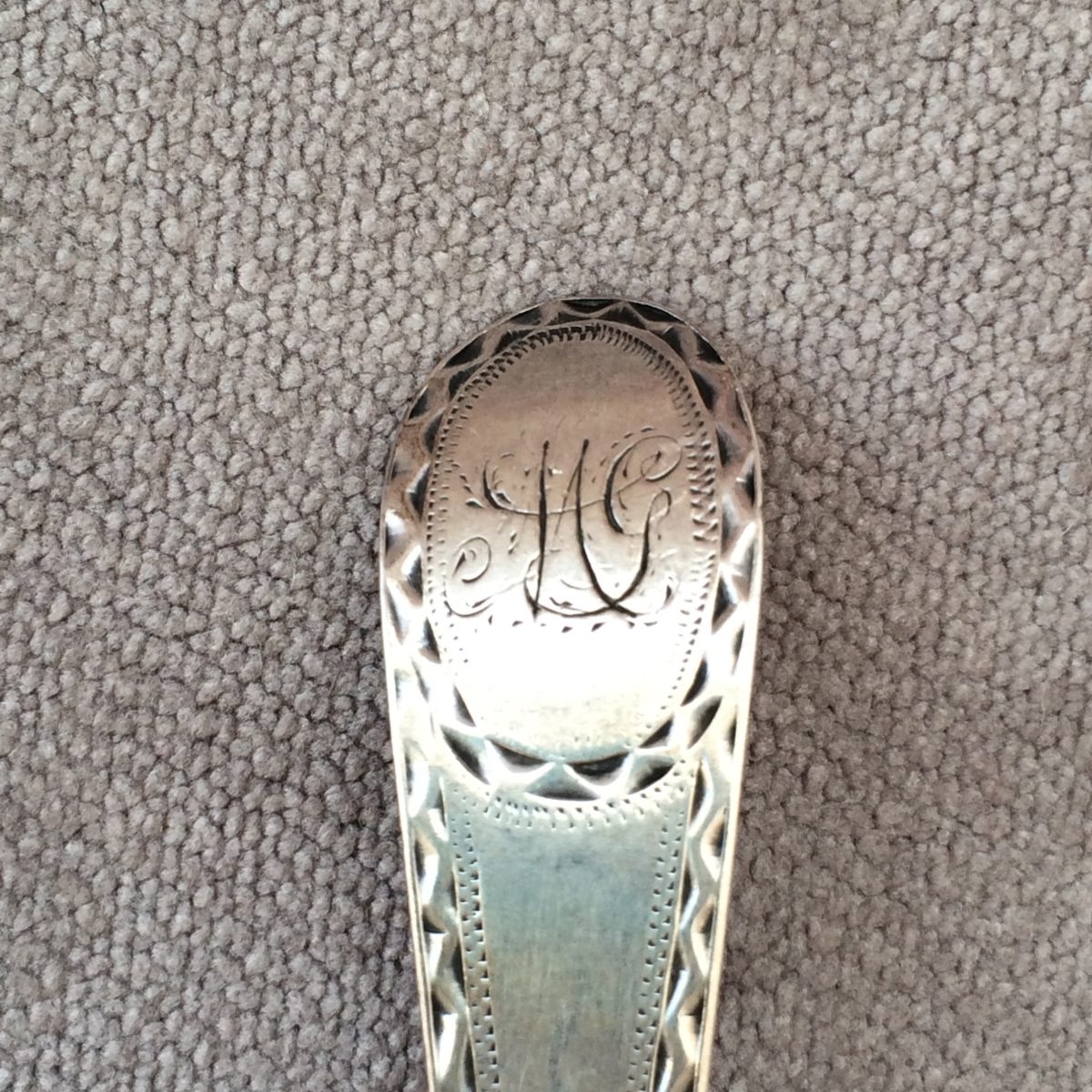 Genuine antique silver spoons are highly sought after collectibles. In this post, you can explore genuine and authentic antique silver spoons from the Colonial period. Lamb Silver has many silver antiques for sale, but these are a select few of our spoon collection. Spoons are the oldest type of flatware in all of history. From… Read more 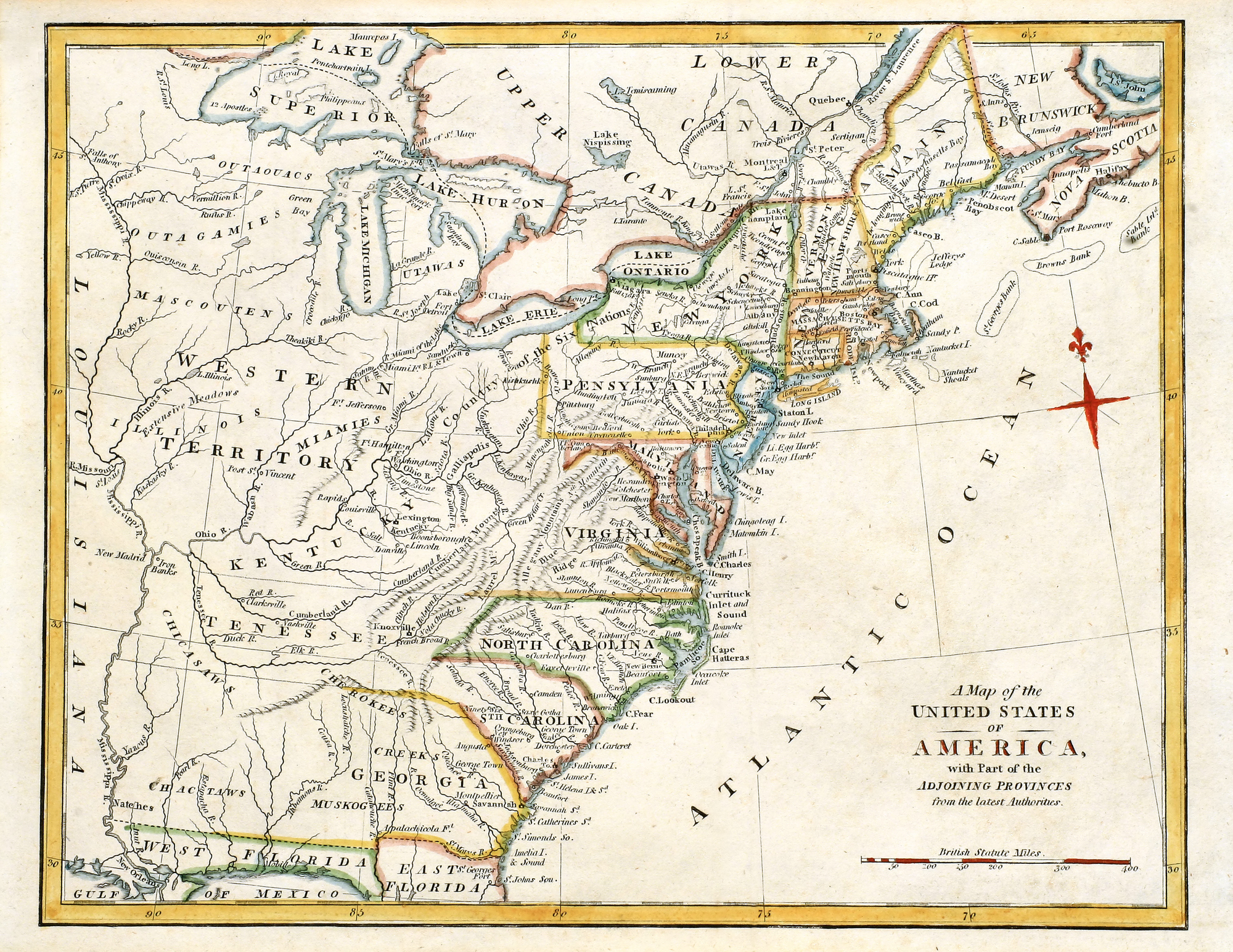 American silversmiths during the colonial era were thought of as sculptors or artists. Some silversmiths stood out amongst the rest and Lamb Silver is proud to feature these rare antiques. Silversmithing was considered a “luxury” trade, as most common people used items that were made of wood, pewter or other cheaper materials. This is reflective… Read more 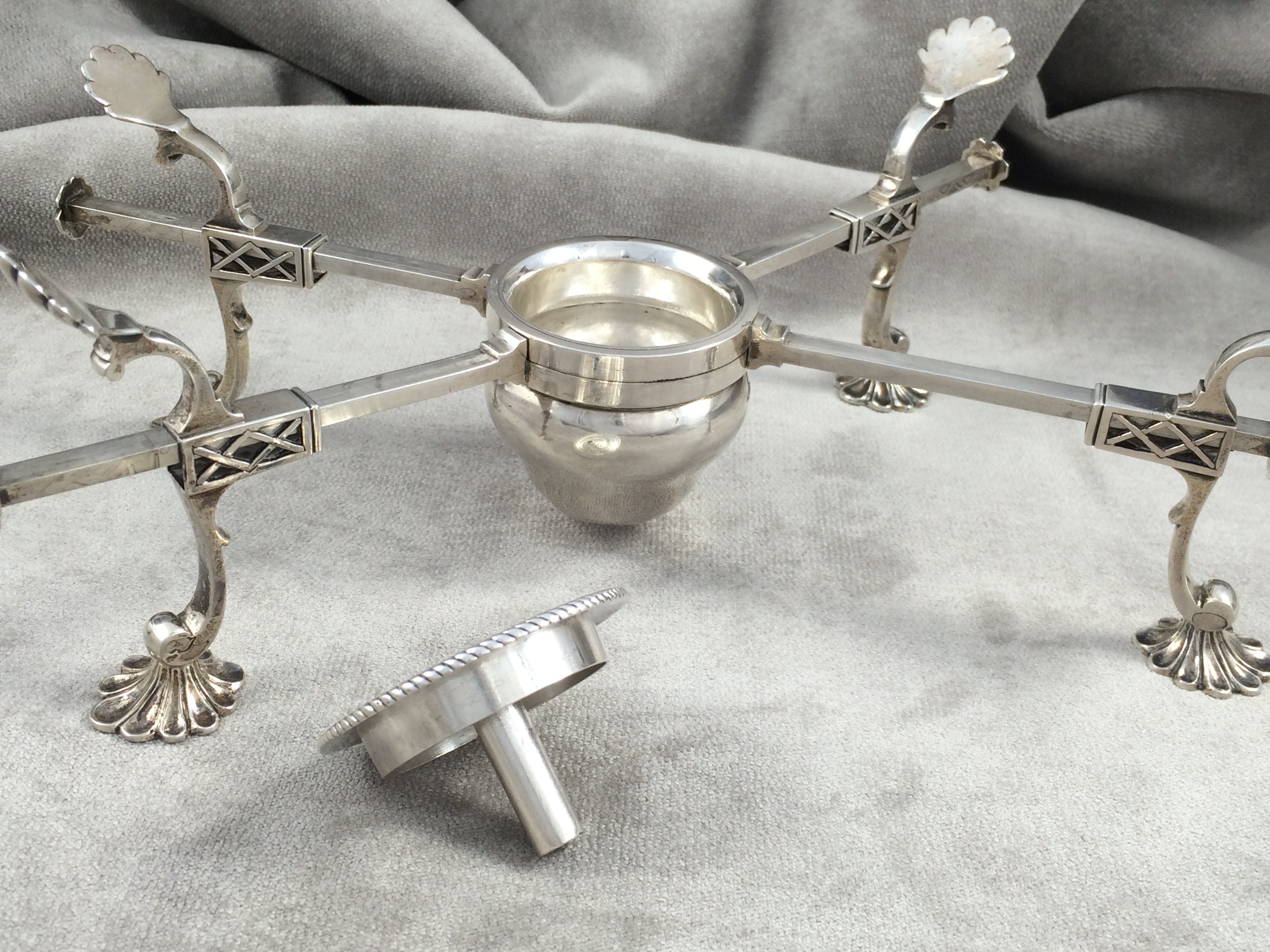 Antique silver items are great for collectors and investors alike. At Lamb Silver we carry a large catalogue of authentic pieces that can be useful as much as they are beautiful. Although some may see the items here and not understand what they are for, modern server ware has definitely been influenced by these antiques.… Read more